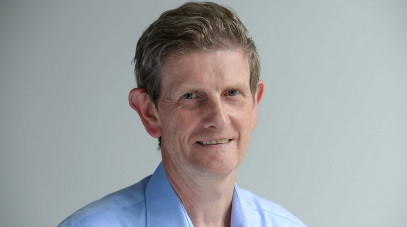 Global markets remained nervous during April, and it was a grim month for US investors, with the S&P index falling by 9% and the NASDAQ by 13%. We saw various tech cheerleaders such as Netflix and Amazon come crashing down to earth. The UK was a relatively safe haven by comparison with the Numis Large Cap index rising by 0.5%, reflecting its low-tech weighting and high exposure to resources and staples. However, UK small and midcap stocks continued to lose ground, with the Numis Smaller Companies & AIM index falling by 1.5%.

As the conflict in Ukraine rumbles on with no end in sight the negative implications for supply chains, commodity prices and inflation are becoming increasingly apparent, and these trends have been exacerbated by the extreme and growing COVID lockdowns across China.  We now find ourselves in an era of alarmingly high inflation and ongoing monetary tightening, led by the US and UK, where we have recently seen rate hikes of 0.5% and 0.25% respectively. As central banks move toward quantitative tightening programmes, we continue to see rises in government bond yields, with the US and UK 10-year yields breaching 3% and 2% in recent weeks. The cost-of-living crisis has become headline news with UK inflation now standing at 7.0%. The April consumer confidence reading fell sharply in the light of huge recent increases in utility bills, fuel costs and food prices. If one wishes to be optimistic, we can point to persistent falls in unemployment and record levels of job vacancies as well as a housing market which has risen by 11% over the past year, driven by limited supply and insatiable demand. However, the Bank of England noted in their latest minutes that the prospects of recession in 2023 have risen significantly in recent weeks and they now expect inflation to exceed 10% in the coming months.

As a result, both value and growth stocks appear to be struggling at the same time. The recent declines seen in the NASDAQ index continues to burst bubbles in areas such as technology and green energy whilst the prospect of a global economic slowdown has led to dramatic reversals in more cyclical sectors such as construction, retail, and industrials.  All of this has led to an almost universally bearish investor sentiment and a general buyers strike, with companies who disappoint on earnings being savagely treated by markets.

There is a lack of market leadership at present, with only a narrow group of defensive sectors leading the way, along with any businesses which can clearly offset inflationary pressures. On a more positive note, having seen a broadly based market adjustment in recent months we now see great opportunities to increase our holdings in high quality companies with strong balance sheets at attractive valuations.

The TB Amati Smaller Companies Fund fell by 1.1% over the month, slightly ahead of the benchmark return of -1.5%.

It was pleasing to note that our positive contributors during April represented a broad church of sectors. Our exposure to rising oil and gas prices continued to pay dividends with the holding in i3 Energy rising by 34% whilst Qinetiq rose another 13% as investors continued to reappraise defence businesses in a post Ukraine world. Other significant gains included healthcare provider Indivior (up 12%), where a strong trading update was well received and Homeserve, which rose 17% in response to further ongoing bid talks.  Rathbones continued to rally in response to the bid for Brewin Dolphin at the end of March.

Our fallers were dominated by weakness in the consumer and technology segments of the portfolio. Gear 4 Music fell sharply after a profit warning related to weaker demand and higher costs whilst both DFS Furniture and Halfords were impacted by wider selloffs across the retail sector. S4 Capital was hit hard by a delay to its results and a resulting loss of investor confidence. Technology stocks such as Alphawave, ATG and Kape were all weak, affected by the ongoing declines in NASDAQ rather than any company specific issues.

We added two new holdings in April. Bytes Technology is an IT solutions provider with a broad range of public and private sector customers. Watkin Jones develops and manages sustainable buildings with a focus on rental and student accommodation. Both businesses have strong track records of producing high returns for investors. After recent weakness we increased our holdings in CLS, Craneware, Ergomed, GB Group, Halfords and Spirent. We completed the sales of Electrocomponents (now in the FTSE100) and Molten Ventures. We also began to take profits in some of the resources holdings which have served us very well during 2022 so far.

In what remains a testing market for small early stage companies the Amati AIM VCT fell by 2.0% in April, which was in line with the 1.9% fall seen in the Numis Alternative Markets benchmark.

Our positive contributors for April were led by AB Dynamics where we are now seeing an improved profits outlook as COVID restrictions have been lifted. Ideagen  benefitted from a tentative bid approach with various discussions still ongoing. Saietta shares rose in response to the announcement of a new facility in Sunderland. Technology training business Northcoders shares rose after posting strong maiden results and our large holding in Polarean Imaging also recovered some lost ground

Several of our companies saw price falls as early-stage growth stocks continued to reprice downwards in response to the sharp declines in NASDAQ and elsewhere. Learning Technologies was particularly impacted by a minor delay in reporting its results which was subsequently resolved.  Other holdings such as Keyword Studios,  Maxcyte, Clean Power Hydrogen and Water Intelligence were caught in the crossfire of the market selloffs and a general reduction in risk appetite.

We made no new qualifying investments during the month, but we have a number of potential transactions in our pipeline.