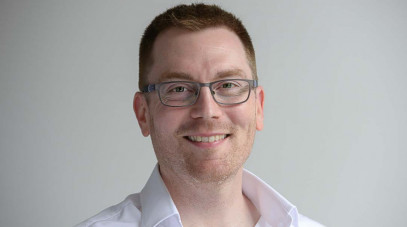 In July, recession fears increased as did revised figures for inflation, causing the ECB to increase interest rates for the first time in a decade. The US Federal Reserve also added another 0.75%, taking the target rate to 2.25-2.5%. Given how far inflation targets have been missed, central bankers have a lot of explaining to do, and further rate rises continue to be expected. Against this backdrop a broad bounce in equity markets, particularly in strong in US large cap indices, came as a welcome relief, but haven’t allayed ongoing nerves.

The UK market is still materially cheaper than the US and we have seen a noticeable pickup in M&A as a result. This gap is not surprising given the difficulties of dealing with an extraordinary spike in energy prices, pandemic recovery and Brexit trade frictions concurrently. The US has a different set of issues, but benefits greatly from being a net energy exporter, largely sidestepping the spike in the price of natural gas which is ravaging economies in Europe. A difficult winter lies ahead and we continue to scrutinise the resilience of our portfolio companies.

The TB Amati Smaller Companies Fund gained 2.6%, which lagged the benchmark return of 4.8%. The largest contributor to performance was I3 Energy, the oil and gas producer, which announced a continuation of a monthly dividend. Jadestone Energy also contributed positively; it rose sharply on news the company had completed an acquisition from BP of four oil producing assets offshore Western Australia. DiscoverIE announced an immediately accretive acquisition and delivered a strong trading update which led to the shares bouncing strongly after the prior sell off. Following the theme of strong trading updates, Ergomed was another contributor to performance, similarly pointing to strong order book growth of 25% year on year.

The largest detractor from performance was S4 Capital, which announced a profit warning due to squeezed margins resulting from an aggressive investment and hiring strategy. The position was subsequently sold. Wickes dropped on a weaker outlook for consumer driven DIY demand and pointed to slowing new orders for the do-it-for-me business. Other detractors included Petrotal, which gave back gains from early June after a large holder exited their position. The copper miner Atalaya fell, due to a cut to its full year production guidance. The silver and gold miner Hochschild fell on weaker outlook for production and the silver price. Creo, the developer of surgical endoscopy devices slid on no news.

In addition to S4 Capital, three holdings were sold in July. Amryt, the specialty pharma company focused on rare disease, was sold because it delisted from AIM in January and progression towards launch of new drugs had slowed due to multiple regulatory delays and subsequent delayed launch plans. The sale of Eqtec, a developer of sustainable waste to energy plants, was completed in the month and we further reduced our consumer exposure with the sale of Dunelm, where last year's strong returns now look difficult to repeat in the current environment.

We added one new position in the month, Ashtead Technology, an equipment rental and solutions provider to global offshore energy. The company is enjoying strong global demand in both its oil & gas and wind markets, and also has the benefit of being entirely US dollar denominated at a time of dollar strength.

We retain a cash balance of just under 5% and also have several holdings where takeovers are due to complete, leaving the Fund with a healthy liquidity position overall.

The Amati AIM VCT saw a total return of 2.2% for the month, although this lagged the benchmark Numis Alternative Markets including Investment companies that gained 4.1%.

There were some significant gains in the month. The largest contributor rose on no news; Keywords Studios a provider of technical and creative services to the video games industry. Learning Technologies Group, the digital learning and talent manager group, moved higher on the back of a positive trading update. Fusion Antibodies, which had fallen sharply in June, rallied after the company announced the appointment of a new CEO. Clean Power Hydrogen (CPH2), a developer of membrane-free electrolysers, rose in July after it announced the signing of a first licensing agreement for a 2-gigawatt construction project.

The largest detractors from performance were two healthcare names: Polarean, which continues to await its regulatory decision date in September; and Angle, it continues to commercialise its regulatory approved Parsortix system for isolating circulating tumour cells in blood samples. The company raised £20m in a successful placing but subsequently slid below the placing price in July. In the Style, fell steeply after a disappointing full year result and outlook for the coming year.