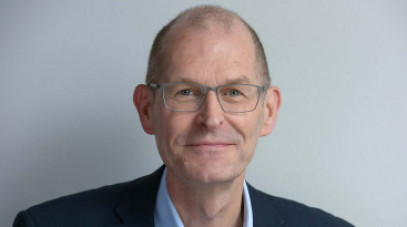 After initially continuing the sell-off from April, the UK market staged a partial recovery in the second half of May, although this still left smaller companies in negative territory for the month, with AIM particularly weak. In contrast, larger companies registered solid gains although this was concentrated within energy, pharma and banking stocks. Indeed, the energy sector has dominated UK market returns for some time, being the leader in seven of the last nine months, and consecutively over the last four months. This reflects that it has been the strongest sector for positive earnings revisions over the last year. Nonetheless energy stocks remain amongst the cheapest in the UK market, both in absolute terms and in relation to their history. The fundamental elements behind this recent outperformance are well known, but there is also now a creeping realisation that energy transition is going to take a long time, with the need for fossil fuels likely to persist, and that the importance of where we buy oil and gas from has been greatly under-estimated. On this topic, Amati is co-hosting an event, with Clean Trade and Kings College London,  entitled “Breaking the Link Between Oil & Gas and War” on 27th June.  For details see https://bit.ly/3OhnQ78.

Compared to a benchmark decline of 1.7%, the fund outperformed with a gain of 0.7%. Amongst the drivers of this were HomeServe, the home maintenance and repair services provider, which announced a recommended cash offer by an infrastructure fund. From the initial indication of a bid approach in March, the shares have risen more than 70%. HeiQ, the textile chemicals innovator rose strongly following results showing revenue growth ahead of expectations. Oil and gas producers Energean and I3 continued to benefit from ongoing buoyant energy prices, whilst data connectivity technology developer Alphawave joined a broader pick-up in certain tech related stocks after significant weakness. The main drags on performance included non-life insurer Randall & Quilter, where certain shareholders voted against a bid for the company which then necessitated an immediate fund raise to de-gear the business. Software stocks, Craneware (US hospital billing), Accesso (leisure attractions) and Dianomi (digital advertising), all saw weakness despite no negative news, as did mortgage lender OSB.

Compared to a benchmark decline of 4.5%, the fund outperformed with a fall of 2.2%. This was driven by one of the largest holdings in the portfolio, compliance software specialist Ideagen, which announced a recommended cash offer by a private equity fund. From an initial indication in mid-April of an approach by another private equity bidder which subsequently withdrew, the shares have risen around 40%. Another strong contributor was cancer diagnostics company Angle, which announced FDA clearance for its Parsortix liquid biopsy system which harvests cancer cells from blood for subsequent analysis. This clearance is a world first and offers the prospect of a new era of personalised cancer care. The biggest detractors were driver assist technology specialist AB Dynamics, electric motor innovator Saietta, therapeutics and drug delivery technology developers Aptamer and Maxcyte, and US hospital billing software provider Craneware. With no negative trading news, the performance of these holdings reflects the growth stock devaluations which have been pressuring AIM for some time.