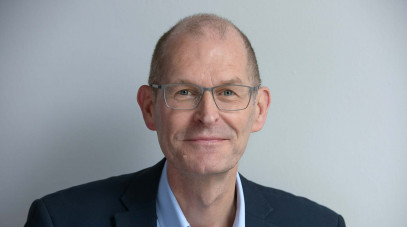 We are reaching the end of another turbulent year, and whilst positive overall progress has been made by stockmarkets we are once again confronting some of the same uncertainties we started 2021 with. Over the rolling twelve months to end November, the UK market has gained close to 17%, with leadership coming from medium and small sized companies which are up 20% and more than 30% respectively. AIM has slightly underperformed the main market with a gain of just under 16%. Whilst strong, the UK performance lags global benchmarks, with the US achieving almost twice that rise, and Europe up over 20%. In terms of forecast GDP and earnings growth for next year, the UK is amongst the strongest, which heightens an already existing valuation discount for UK stocks.

We are now starting 2022 with another variant threat, and the debate from the past year about the extent of inflation and interest rate risks facing the UK economy still applies. Indeed, these are linked uncertainties – one scenario could be that Omicron further disrupts supply chains, acting as a spur to greater inflation; another is that more severe lockdown restrictions return, impacting economic activity and demand, and cooling inflation. The stockmarket is already showing some signs of fatigue, with greater volatility, a reduced demand for IPOs, and some companies which are beating earnings expectations failing to make new share price highs. Overall, it seems likely that near term investment returns could face stronger headwinds.

The fund lost 4.9% in November, underperforming a benchmark fall of 3.6%. This was a disappointing result caused by weakness from some of the portfolio’s larger holdings. Renalytix continued to feel the aftereffects of the recent removal of Medicare availability for its FDA designated “breakthrough” technology in renal diagnostics. There are also industry concerns about structural delays in the FDA’s processing of new drug and device approvals, caused by a pandemic logjam. Gear4music was impacted by disappointing European sales, due to delays in setting up and stocking two new European distribution hubs. The new hubs were the company’s response to Brexit trade frictions, but establishing them during COVID times took longer than expected.  The company has completed its acquisition of AV Distribution and the domain “av.com”, which opens the audio-visual equipment market for them next year.  ECO Animal reported a slowdown in Chinese sales, reflecting the effects of Asian Swine Flu on higher levels of slaughtering and lower pig prices. Frontier Developments announced slower than anticipated PC sales for its latest multiplatform game, Jurassic World Evolution 2. Management think this has been due to more crowded than normal games release activity, although console sales were largely as expected. Despite upgrades, Vistry was softer in line with the housebuilding sector, as investors anticipated cost inflation pressures and rising interest rates.

Offsetting this, the fund saw material contributions from Saietta, which acquired a Netherlands based designer and supplier of electric drive trains for large commercial vehicles from Evergrande in a distressed sale; Focusrite, which announced strong trading and further upgrades; Craneware, which positively updated on the integration of its recent large acquisition in pharmacy software; Touchstone Exploration, which announced an oil discovery from a well in Trinidad; and Electrocomponents, which saw upgrades following strong interim results, and promotion to the large cap index from December.

New positions were taken in Indivior, a pharmaceuticals company specialising in treatments for the disease of addiction;  Invinity, a leading developer of vanadium redox flow batteries; and GB Group, a provider of identity intelligence software. Indivior targets the significant global problem, particularly in the US, of Opioid Use Disorder (OUD). Its market leading product, Sublocade, is a monthly injection which controls drug cravings, and is growing strongly. The company has had a history of litigation, principally connected to an incident in 2012 where a sales team member shared misleading safety information about the risk of accidental paediatric exposure, but the US DoJ agreed settlement in 2020. The fund participated in a placing by Invinity to progress its long duration energy storage product, which is now being installed by a number of customers, with Siemens Gemesa funding the next generation development. GB Group, which is already a holding in the Amati AIM VCT, announced a significant US acquisition and a discounted share placing which the fund took part in. The acquisition brings specialist biometric and identity verification technology, and builds GB Group’s global capability. Positions in Argentex and Maxcyte were sold in the month.

The fund fell 4.6% against a benchmark fall of 2.5%. This was a disappointing result caused by weakness from some of the portfolio’s larger holdings. The most significant detractor was Frontier Developments, which announced slower than anticipated PC sales for its latest multiplatform game, Jurassic World Evolution 2. Management think this has been due to more crowded than normal games release activity, although console sales were largely as expected. Other material fallers were Learning Technologies and Polarean Imaging. Neither had material newsflow during the month, but Polarean is still experiencing an overhang from September’s surprise delay of FDA approval, whilst Learning Technologies has seen some profit taking since its positive half year results. GB Group announced a significant US acquisition, and a discounted share placing which the TB Amati Smaller Companies Fund participated in. The acquisition brings specialist biometric and identity verification technology, and builds GB Group’s global capability. Ideagen was also weak, despite a positive half year trading update.

Positive contributions came from Saietta, which acquired a Netherlands based designer and supplier of electric drive trains for large commercial vehicles from Evergrande in a distressed sale; Sosander, which announced half year trading ahead of market expectations with active and repeat customers and conversion rates all increasing; Universe Group, which received a recommended cash offer from a US software peer; Craneware, which issued a positive statement on the integration of its recent large acquisition in pharmacy software; and Velocys, which announced a breakthrough 15 year sustainable fuels offtake agreement with US operator Southwest Airlines, with a follow-on oversubscribed fundraise.

New positions were taken during the month in Eneraqua, a designer and installer of energy and water systems in large public and private premises, and Flylogix, a drone technology company which identifies methane emissions from offshore oil & gas installations. Eneraqua’s systems reduce water consumption and heating requirements, and customers include UK utilities, local authorities and housing associations, as well as student accommodation landlords, hotels and care homes. Utilising ground and air heat pumps, the company is at the forefront of buildings energy transition. Flylogix is a private company, which is expected to float on AIM in the second half of 2022. A consortium of six large oil companies completed trials in the North Sea during 2021 and are now placing commercial orders for 2022. President Biden’s announcement on international methane emissions at COP26 provides a supportive backdrop to Flylogix’s business.