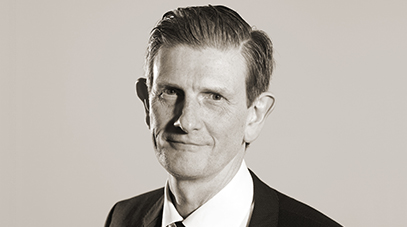 Amati Global Investors ('Amati'), is pleased to announce the appointment of Scott McKenzie. McKenzie, whose career in UK equities spans more than 20 years, joins from Saracen Fund Managers where he was Head of Research and fund manager of both the TB Saracen UK Alpha and TB Saracen UK Income funds.

He joined Saracen in 2014 and launched the UK Income Fund - which ranks top quartile in the UK Income sector over all time periods - the following year. The UK Alpha Fund is an actively managed UK All Companies fund, with a focussed portfolio invested mainly in UK Small and Mid-Cap stocks. Appointed manager in June 2017, McKenzie has guided the Fund to top quartile performance over 1, 3 and 5 years, enhancing his already considerable reputation and proven long-term track record.

McKenzie launched his investment career in Scotland with FS Assurance, which subsequently became part of Ignis Asset Management. Thereafter he ran UK funds for Aviva Investors, based in London, before returning to Edinburgh with Martin Currie.

Commenting on the appointment, Amati CEO, Dr Paul Jourdan said, "We have known Scott for many years, have always held him in the highest regard, and are delighted that he has agreed to join us. He comes with a proven track record and adds considerable weight to our investment management resource at a time when we are experiencing considerable growth. Our team-based approach means we can immediately integrate Scott into Amati's investment philosophy and process. We look forward to benefiting from his extensive stock picking experience."

McKenzie is excited to be joining Amati and said "I am thrilled to be joining the investment team at Amati Global Investors. It is a business I have followed and admired for some time now and I look forward to helping the team build upon the considerable progress they have made in recent years"