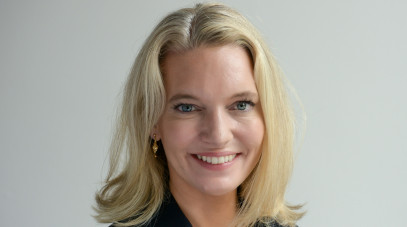 Following on from an appearance on Sky News with Ian King, Anna Macdonald shares her views:

"This morning I spoke to Ian King from Sky News. We discussed the outlook for the UK consumer. He’d spoken to Helen Dickinson from the British Retail Consortium earlier in the show where they discussed pressures facing consumers and businesses. The good news that she focused on was that there hadn’t been any profit warnings on the first couple of trading days of the new year. Companies issue profit warnings when they believe their earnings will be materially lighter (or occasionally, materially greater) than expected by analyst consensus numbers. Whilst it is good news that there haven’t been any negative warnings, it’s also true that analysts have been downgrading their expectations steadily over the last year, for both the 2022 and the 2023 numbers that they hoped companies would generate, so numbers are already considerably reduced. The reasons for this are fears that both revenues will fall as customers cut back on spending, and that costs are rising for labour, energy, property rates and taxes. Marks and Spencer, for example, have had earnings per share estimates cut around 25% over the course of 2022. We hear from high street stalwart Next in a trading update tomorrow (Thursday 5th January), along with Greggs and B&M. B&M is company now headed by a new CEO, Alex Russo, as the founder Simon Arora has retired. The company, famous for selling branded food and non-food items, usually does quite well in a time of tightened consumer belts. However, towards the end of last year, the company spoke about the demographics they serve feeling huge pressure from rising, non-discretionary items such as food and energy costs. We will get more clarity over the next few weeks on the state of the UK consumer across all demographics as we hear from all the major food, non-food and leisure sectors with trading updates.

We touched upon inflation data in the EU, highlighting France’s Consumer Prices Index which came in well below consensus at +5.9% annualised vs 6.4% consensus, as energy costs were lower and food prices stayed steady. Are these the first signs inflation is peaking? Does that mean banks will stop tightening liquidity conditions? We can hope so, but with two main caveats. One, that energy and food prices are volatile, particularly considering the febrile geopolitical situation in Ukraine. Two, central banks have been clear that, in order to ensure inflation doesn’t become endemic or make a fast return, they will be cautious in reducing interest rates. The shadow of the 1970s, when inflation rose owing to an energy crisis, seemed quashed, only to return again amidst industrial action and high pay settlements. Central Banks this time say that they will wait to be convinced that price rises are under control, even at the expense of economic growth, before they pivot.

PMI stands for Purchasing Managers’ Index. The index is formed from various panels of private sector firms in different countries and regions, who are asked questions around where they see sales, employment, inventories and pricing. A reading above 50 generally indicates the sector is expanding and below 50 means that it is in decline. Whilst European PMIs today were below 50, they were much better than consensus expected, and a good improvement from November. The Services sector PMI came in at 49.8, against 48.5 last month. Manufacturing was weaker, hardly unexpected given high energy prices, but still ahead of expectations, and at 47.8 an improvement on November’s 47.1. There’s still plenty of clouds on the horizon, however, falling energy costs owing to a mild winter and energy saving measures, are supportive of markets across Europe this Wednesday, 4th January."